A recreation of the site GimmyGum.com from 2005

Some writers have pen names.
This family of writers has pen INITIALS. 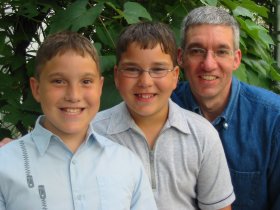 Plus an exclamation point for Mom! 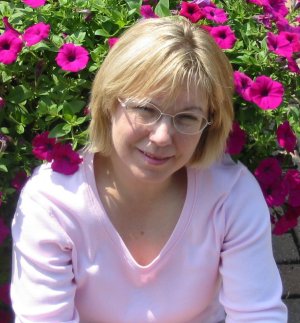 is a family from Hollidaysburg, Pennsylvania, that writes and illustrates books about Jimmy Gimmy, mental marvel and heir to the Gimmy Gum Company. They also make actual Gimmy Gum in cooperation with McIntyre’s Candies of Altoona, Pennsylvania.

EMMETT ELDRED sleeps in the northeast bedroom and is in Grade 6.
He enjoys video games, baseball and irritating Ethan.

ETHAN ELDRED sleeps in the southeast bedroom and is in Grade 8.
He enjoys video games, baseball, soccer and irritating Emmett.

KEITH ELDRED sleeps on the right side of the bed. During college, he worked as a laborer and writing tutor. Since then, he has worked as a bookseller, publisher’s sales representative, portrait artist, illustrator, advertising copywriter, graphic designer, and art director, and a copywriting and promotions manager. He is now a software trainer and website administrator. He enjoys swimming and listening to audio books. He regrets frequently irritating Janet.

JANET ELDRED is the exclamation point in Team EEK!. She graduated with honors from both Penn State University and Pittsburgh University and works as a library director. She enjoys reading and researching genealogy.

The original Jimmy Gimmy story grew from Keith’s prompting and drafting, but was shaped by ideas and responses from the entire family. One of Janet’s vital contributions was insisting on a larger role for Jimmy’s mother. The boys’ involvement was crucial. If they laughed at something, it stayed in. If they were eager to know what happened next, there was sufficient suspense. If they were confused, the section needed to be clarified. To finish polishing the text, Emmett, Ethan and Keith recorded the entire book on audio tape (it took over six hours total), and the boys ad-libbed some of the best lines in the final manuscript. They also uncovered a logical flaw in the plot that took Keith three days to rework. The illustrations are collaborations based on Keith’s sketches; the final artwork merges drawing from both boys with polishing by Keith.

The whole Team lives in a yellow house in Hollidaysburg, Pennsylvania. Their dog, Muffy, has a cameo in their first novel.

The first novel by Team EEK! is Jimmy Gimmy and Raid on Burkey Run.
Click here to read about it

The second novel by Team EEK! is Jimmy Gimmy and the Tornado Maker.
Click here to read about it